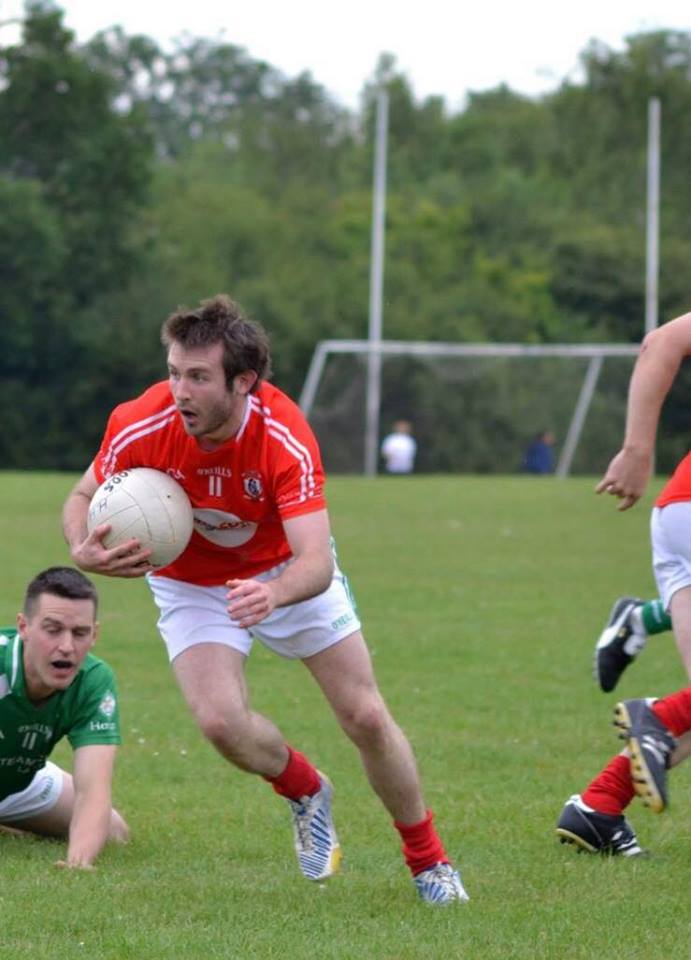 Cú Chulainns lost out to Tír Chonaill Gaels in their final Division One Football league match of the season last Sunday afternoon in Greenford. London's most successful club were too strong for Cú Chulainns and on this evidence look a good bet to add to their 16 senior championship titles later this year.

Last year's beaten finalists started strongly. Building up a 5 point to nil lead in the opening quarter. Cús were giving away possession needlessly and were duly punished by TCG's forwards with Killian Butler in particular looking menacing. Cús then began to gain some possession and get their running game going. Despite encountering a blanket defence at times, they kept their composure working the ball from side to side before finding the gaps in the home teams defence. Darren McManus and Fiachra McArdle were on hand to finish two such moves and combined with a McArdle free, Cús were in the game coming up to half-time. It was unfortunate then that they conceded a soft goal just before the break. A harmless high ball into the full back line somehow evaded everyone to find it's way to the back of the net.

Perhaps shocked by the goal, Cús again started the 2nd half slowly. TCG were dominating the kickouts and pressure on the defence was constant. Last ditch pressure by the Cús defenders forcing wides, helped keep the score down as the home team exerted their dominance. Midway through the 2nd half the men from South-east London  began to play again. Cianan Byrne's penetrating runs from midfield were causing havoc and a free from McArdle and Conor Harrington point reduced the deficit. Cús then had two glorious opportunities to get back into the game. First Breen found McArdle in behind the TCG defence but he inexplicably shot wide with only the keeper to beat. McArdle then tried to return the favour - however his fisted pass across goal was just too high for the onrushing Breen. Cús did manage to find the net late in the game but it was too little too late as TCG ran out comfortable winners with a scoreline of 2-12 to 1-6.

Tír Chonaill went on to beat St Kiernans 3-11 to 1-2 in the league final on Sunday demonstrating their strength this year. Cú Chulainns finished safe from relegation with 5 points and will now look forward to the championship in September.