Round Towers pip Cus in League thriller 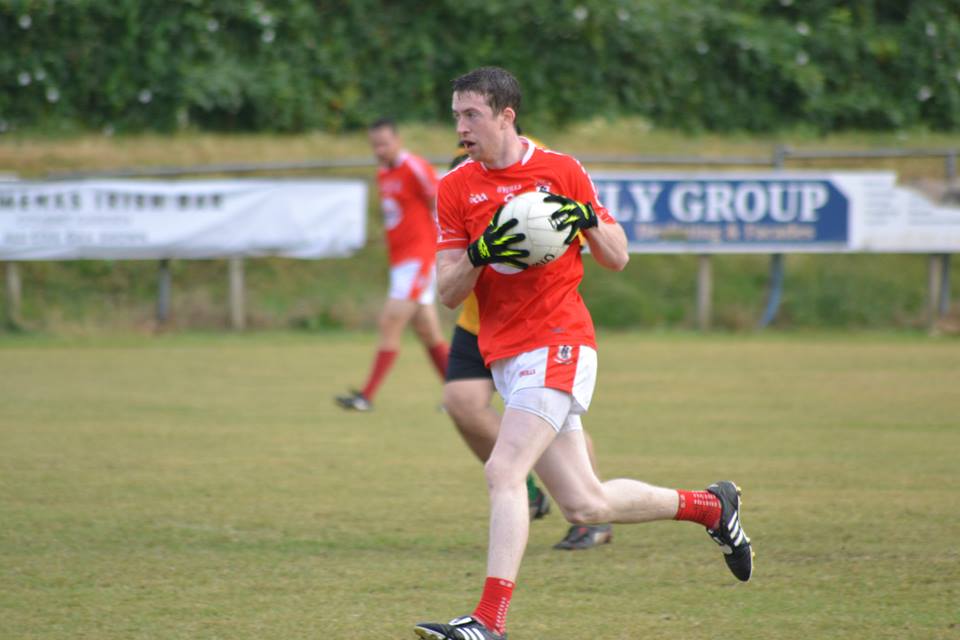 CúChulainns were the victims of a smash and grab by Round Towers in a pulsating Division One league match in Greenford on Sunday. The Cús will be rueing this as 2 points lost, having led and been in control for the majority of the 60 minutes.

The men in red started well: Fiachra McArdle kicked 2 points and Shane McWeeney added another as the Cu’s raced out of the blocks. Towers responded through a few frees and the game was level after the first quarter. CúChulainns then took over and began to dominate. Ger Byrne and Jack Mulherne were lording the midfield and Round Towers had no answer to the constant waves of attack. McWeeney was most to benefit and he began to stroke the ball over the bar from all angles of Pitch 2 in Greenford. Ger Byrne and Conor Harrington added further scores as the Cús stretched into a 6 point lead going into the break.

There was no let up from CúChulainns after the break either. A free from McArdle took the lead to 7 before Towers responded with one of there own. Cús then had a glorious chance to put the game to bed. A high ball into the Towers back line was caught by Harrington but unfortunately with the goal at his mercy his shot hit the side netting. Round Towers rallied and some slack marking in the Cús defence let them in for a goal to reduce the deficit. A few wayward Cús kick outs led to points for the Mitcham men as the game reached boiling point with 15 minutes to go. Two frees from McArdle and one from play seemed to stem the tide before Towers landed a sucker punch. A high ball was misjudged by the Cús defence and Towers no14 made no mistake in firing past Rogers. Towers tails were up and they added a couple more points to run out victorious by 3 points.

We are back in Greenford on Sunday as North London Shamrocks await in Round 3 of the league.