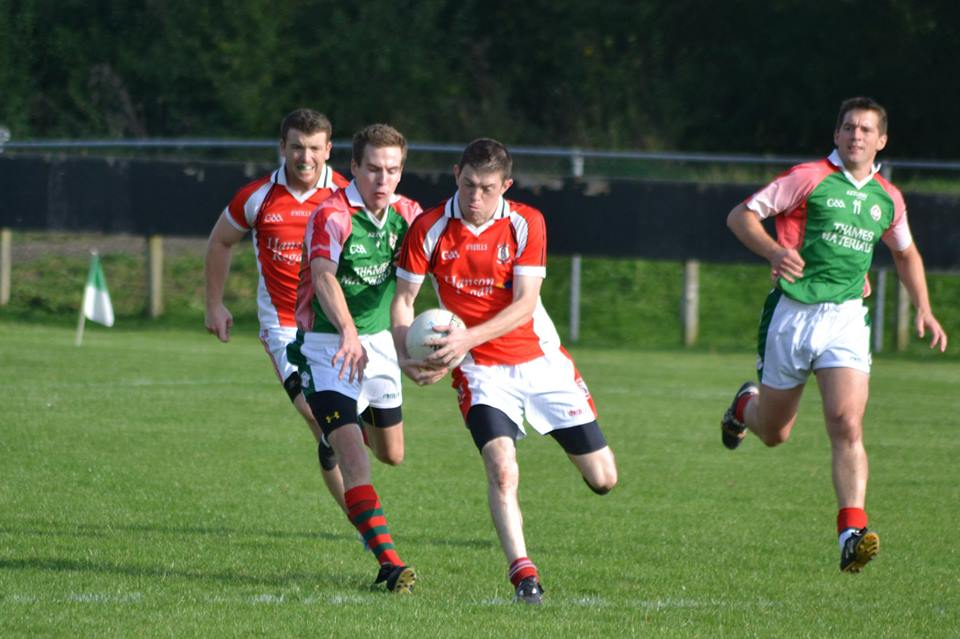 St Kiernans were victorious over a depleted Cú Chhulainns in the Semi-final of the Conway Cup on Saturday, in Wormwood Scrubs. In the searing afternoon heat, the match was played in good spirits, with high quality football being displayed by both sides. With a number of players unavailable for various reasons, Cús veterans Joe Cashman, Brian O'Leary and John Brady lined out in red. James Harris also made his Cú Chulainns debut.

St Kiernans were quick out of the blocks and hit the net in the first minute. The boys in black followed this up with 2 more points before Fiachra McArdle hit back with a point for the Cús. Cú Chulainns were being punished for mistakes and conceded another goal on the 20th minute after losing possession. Despite a superb individual point from Brian O'Leary before half-time, St Kiernans went into the break with a healthy lead.

Cú Chulainns came out fighting in the 2nd half and kicked 3 unanswered points, the best of which coming from Cathal Noonan, who was having a fine game at Centre-back. St Kiernans were struggling to deal with the power and pace of Cianan Byrne and Jack Mulherne in midfield and they were lucky not to concede a couple of goals: Brendan Breen being foiled twice by last ditch blocks. The defence marshalled by Karl Rogers and Gary Walsh had come to terms with St Kiernans attack at this stage and the men in red looked more dangerous, with Breen and McArdle splitting the posts after goal opportunities were snuffed out.

As both sides began to flag in the heat, Mattie Maher brought an end to the contest and well deserved win for St Kiernans with a score of 2:16 to 0:08.

St Kiernans progress to a final with TCG. Cú Chulainns will look to build on the positives of the second half, as they prepare for the first round of the Division One league next week, against reigning Senior Football Champions, Fulham Irish.